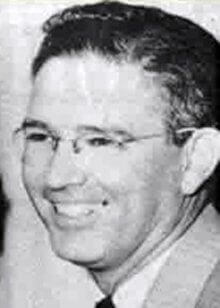 Lewis Albert (L.A.) Broxson was born Jan. 11, 1914 in Venus to Charles Washington and Dora E. Smith Broxson. He was Seventh of 10 Children. In 1923, L.A. moved with his family to Quitaque. He attended school and graduated from Quitaque High School in 1932.

On March 31, 1934, L.A. was married to Violet Opal Bedwell, daughter of Nathan Levi and Sarah Norma Icenhower Bedwell. She was born at Centerpoint, Ark., on Dec. 21, 1912, the third of seven children. Opal's family moved from Arkansas in 1927 to a small town called Gasoline, which consisted of a gin, service station, welding shop, cafe and also a post office, grocery store and a dry good store housed in one building. Opal's uncle, Lewis J. Bedwell, operated this business. There was a four-room school building with three grades in each room. Opal graduated from this school in 1932.

The first year after their marriage, they lived in Fairmount and farmed with L.A.'s brother Jack Broxson. In 1935, they moved to a farm near Quitaque. Their first child Lewis Edwin, was born here. He died at birth. Soon after , they moved to Quitaque and operated a service station. On Aug. 17, 1937, Their second child, Bobby Leroy, was born. Then on April 10, 1939, their daughter, Norma Louise, was born.

In 1949, L.A. recognized a community need and stocked his living room with small appliances and hardware. As his business grew, he purchased a government building in Dalhart and moved it to Cactus. In 1950, he decided he would quit his job and go into business altogether. L.A. and Opal bought the Fred Carter Furniture Store. They continued to live at Cactus for another year and drove back and forth to the business in Sunray. Then in 1951, they purchased the building and their home in Sunray.

The family took a week's vacation to Colorado in July 1956. On Saturday, July 28, there was a liquor election in which L.A. felt strongly about coming home to vote. The following morning, Sunday, July 29, the firemen were called to a fire at the Shamrock Plant. L.A. was a volunteer fireman and answered a call that morning to serve his fellowmen. He was killed tragically by a tank explosion along with 18 others.

As a civic-minded person, L.A. was involved in the Lions Club, Served on the school board and city council. He was a 32nd degree Mason. But more than these, he was dedicated to sharing his faith in Jesus with others. He helped to organize and build the First Baptist Church in Etter, where he was ordained as a deacon and served until moving to Sunray. He was active in the Sunray Baptist Church until the time of his death.

At the time of their father's death, Bobby had been to Wayland Baptist College for one year and Louise was a senior in high school. Bobby stayed out of college that year and helped his mother in the store. Louise graduated in 1957 and she and Bobby went to Wayland in the fall. Then in 1958, with a desire to fulfill his father's dream to expand his business, Bobby came home and went to work full-time for his mother.

The dream continues to be fulfilled. In 1964 and again in 1975, additions were made to the original building to accommodate an ever expanding business. In 1976, Opal sold the business to Bobby.

Broxson's is still a family oriented business striving to meet a need in the community. This dream has been fulfilled with the tremendous help of a loving Christian woman, mother and grandmother Opal Broxson, who passed away on October 23, 2006. Without her courage to continue after L.A.'s death, this dream would have never become a reality. 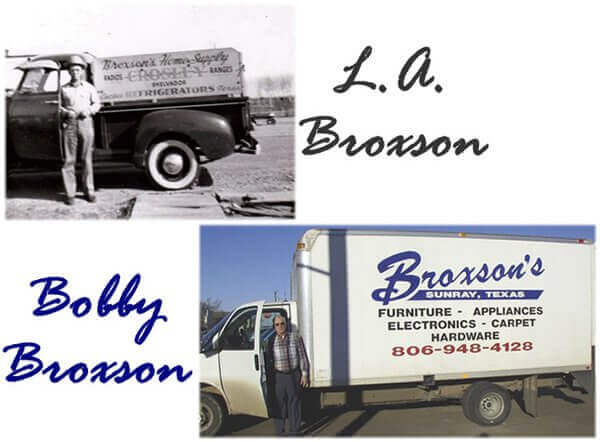